The possible unravelling of North Korea

This comes from South Korean sources that I presume to be reliable
North Korean Officials Flood to China, Possible Mass Defection 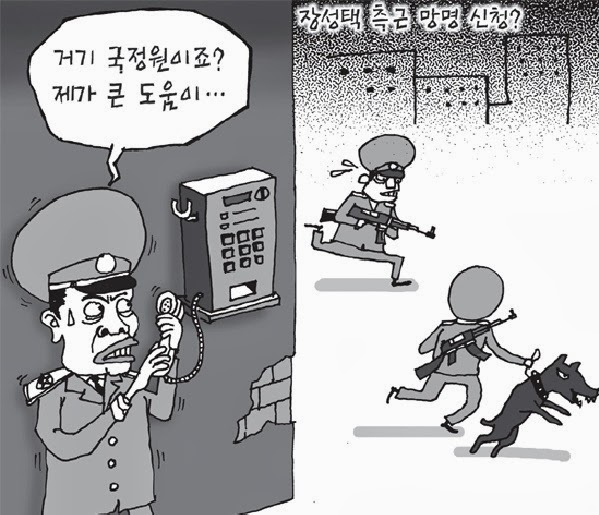 A North Korean officer watches the hunt for Jang Song-Taek’s associates and makes a call to South Korea’s intelligence service, saying he may have some interesting information…
Korea Bang,
23 December, 2013
Sources within the South Korean government report that a large number of senior North Korean officials have fled to China in the wake of Jang Song-Taek’s execution, presenting a golden opportunity for South Korean intelligence. One official is rumored to have a list of North Korean spies living in the South, another has knowledge of North Korean provocations planned for sometime between January and March.
Online, South Koreans eagerly anticipated further evidence of a collapse in the North and any revelations about spies in the South.
Article From Segye Ilbo

A senior official related to North Korea’s nuclear arms and slush funds in secret contact with Seoul concerning possible defection
List of possible defectors includes former ambassador and high-ranking party and military officials.
Jang is reported to have transferred more than ₩70 million to Kim Jong-nam, the elder half brother of Kim Jong-un.
A group of about 70 North Koreans-high-ranking party, military officials, and their families-are reported to have fled North Korea into China around the time Jang Song-Taek, former deputy chairman of North Korea’s Military Commission, was executed.
Some of the group are known to be in touch with South Korean intelligence while they lie low at a safe place in China and decide whether to defect.
On December 18th, a source within the South Korean government said, “Jang’s aides, who are concerned about being targeted for a political purge by North Korean leader Kim Jong-un in the wake of the execution of Jang Song-thaek, as well as some other officials fearing the reign of terror in the North have escaped from Pyongyang to China en masse.” The sources added, “Intelligence authorities (of South Korea) have already identified about seventy North Koreans who fled in recent days.”
The mass exodus of North Koreans to China, including dignitaries, is highly unusual, presenting fresh challenges to China-North Korea relations as well as inter-Korean ties over the handling of the escapees.
The sources said, “the group of seventy North Koreans does not count the ordinary North Koreans who may have fled, the list includes a former ambassador who served in multiple European countries and an official who handed over confidential documents containing Pyongyang’s provocation plans.”
In a November 17th teleconference with military commanders, Defense Minister Kim Kwan-jin stated that North Korea is highly likely to make provocations sometime between late January and early March in 2014. The government source said that the minster’s comments were based on the classified documents from the high-ranking North Korean official who spoke with South Korean intelligence.
Military sources familiar with intelligence on North Korea said, “We know that among the North Korean officials is one who is well aware of how slush funds of the ruling family in North Korea have been run and another heavyweight who is bargaining with the National Intelligence Service (of South Korea) to share a list of Pyongyang-deployed spies in the South and nuclear arms-related information,”
adding, “Most of the escaped North Koreans want to defect to South Korea.”
Another source said, “If one of Jang’s lieutenants want to defect to South Korea, chances are high that he has been in charge of Jang Song-Taek’s secret funds. An official who has handled Jang’s money would not survive in North Korea, since one of the charges Jang faced was corruption.”
Some lawmakers of the ruling Saenuri Party floated the possibility that Kim Jong-nam, the elder half brother of North Korean leader Kim Jong-un, might even decide to seek asylum in the South.
According to the intelligence agency’s assessment, Jang’s swift execution was triggered by his attempt to make Kim Jong-nam the leader of North Korea rather than his nephew. Jang is known to have sent a total of ＄70 million to the elder Kim.
Diplomatic sources said, “The Ministry of Foreign Affairs has yet to receive any information regarding the flight and possible defection to South Korea of North Korean officials,” adding, “It appears that intelligence authorities will be taking direct control of the situation in the interest of security.”
In a hurriedly-arranged meeting of the Foreign Affairs and Unification Committee of the National Assembly, Minister of Unification Ryoo Kihl-jae said, “We need to keep a close watch on the possible defections of Jang’s aides,” adding, “I have no knowledge about the defection of Jang’s aides and a deputy prime minister-level official that has been reported in the media.” 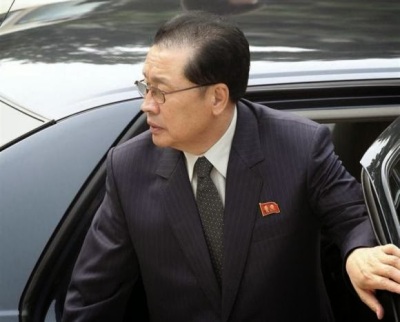