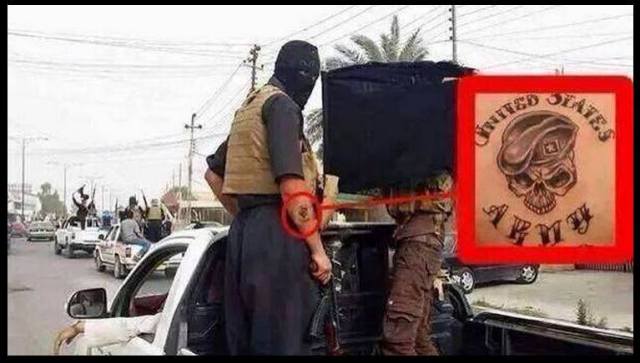 This ASTONISHING PICTURE has just been tweeted by British MP George Galloway; it’s astonishing because it exposes US troops posing as ISIS TERRORISTS…So there are obviously factions within the US military and government who are engaged in terrorism; it’s not difficult to see now how easily ISIS will enter into America; especially if there are those within her own military and government willing to facilitate the terror!!!